The Brilliant History of Engagement Rings 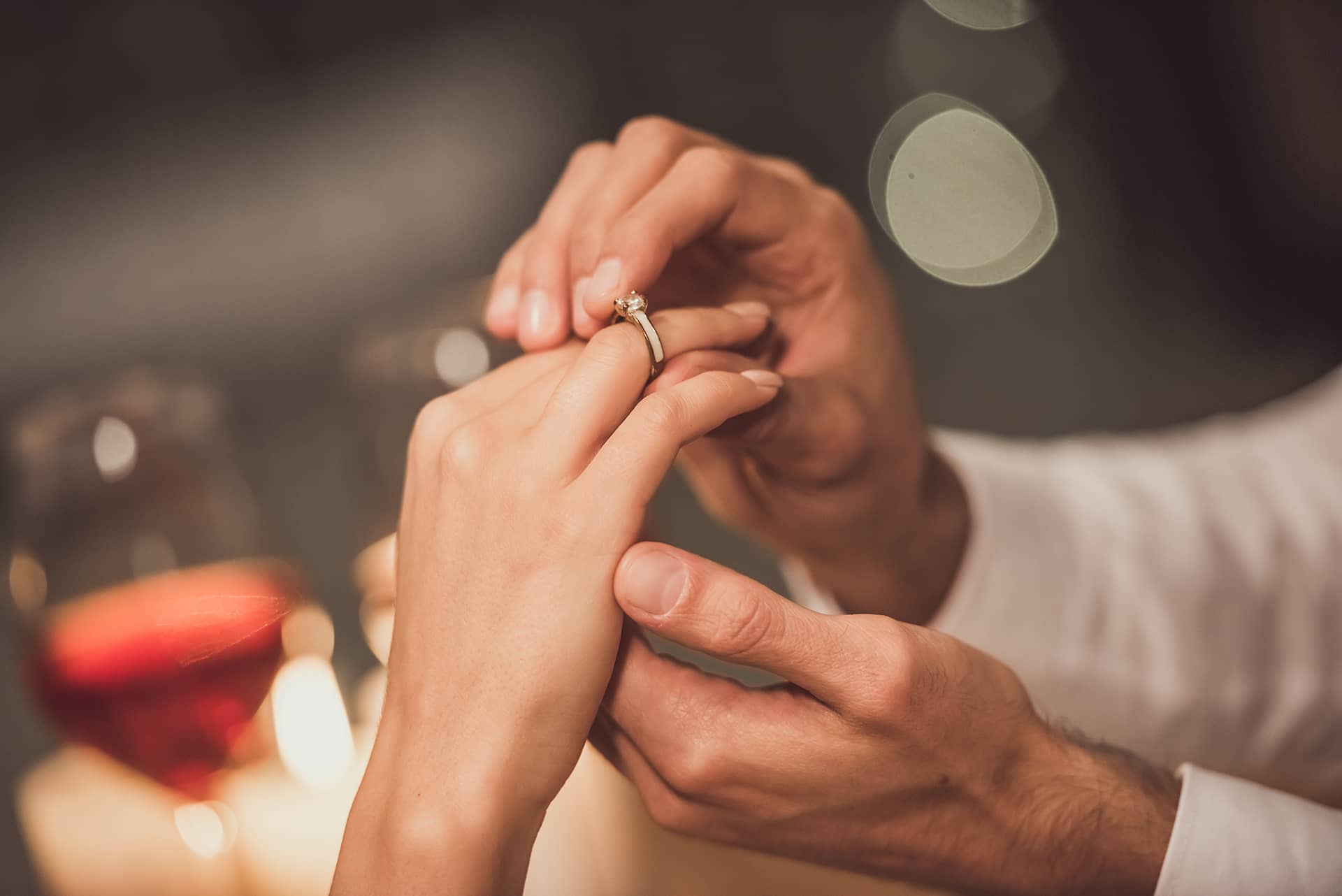 Have you ever wondered what led to the tradition of buying a diamond ring for your true love? While the idea of betrothal has existed since as early as the 15th century, proposing wasn’t truly cemented into American culture until the 1950’s. Now, nearly two million couples get engaged each year. So, what led to the popularity of this trend and giving a glittering ring? Join us as we explore the shimmering and singular history of the engagement ring.

Let's start in 1477, when Archduke Maximillian of Austria was head over heels for Mary of Burgundy. He commissioned a ring for her with the letter "M" encrusted with diamonds. It was the first time in recorded history that a diamond ring was used for an engagement. Prior to this, women were given rings made of iron, bone, flint, copper and ivory as a way to signify a business contract or to affirm mutual love. Just like the reason for these rings have changed, engagement rings have continued to evolve over the last several centuries.

Three Rings to Unite One Love

In 1525, gimmel rings were all the rage. Gimmel rings featured two or three hoops that fit together to form one ring. After getting engaged, the groom and bride would wear one ring each, which would then be conjoined during their wedding ceremony and worn by the bride.

While they were still relatively uncommon among Americans, engagement rings during the 17th and 18th centuries were dainty with elaborate details. These rings also featured a large diamond, with smaller diamonds encircling it. This style, often referred to as “vintage,” is seen frequently in current bridal jewelry designs, among other trends.

In 1925, it became more common for rings to include gems other than diamonds. Dazzling Sapphires, rubies and emeralds all made stunning center-stones during this time. Then, following the platinum shortage caused by World War I, yellow gold made a rise in engagement jewelry styles around 1942.

Following this trend was one of the most significant shifts in the bridal jewelry industry when De Beers premiered their campaign to promote diamonds as the go-to bridal jewelry gemstone. In 1948, the “A Diamond is Forever,” campaign carried diamonds to the top of every bride’s wishlist. This occurred because diamonds became synonymous with an unbreakable love due to their naturally hard exterior. By the 1950’s, the custom of proposing had become the norm in the US. Engagement ring sales skyrocketed. More couples made the commitment to spend their lives together. Getting engaged was now a part of many American love stories.

Get Engaged with Hales

Throughout time, the meaning and style of this romantic ring has changed. However, the significance has remained constant. At Hale’s, we understand that getting engaged is about more than discovering the perfect ring. This rite of passage is the beginning of one of the most important commitments in a person’s life. That’s why we cherish being a part of your love story. So, if you’re looking for the ring to start your future, visit us at our 761 Verdae Blvd location in Greenville.

Our website uses cookies. Some of them are essential while others are used to serve you a customised shopping experience.